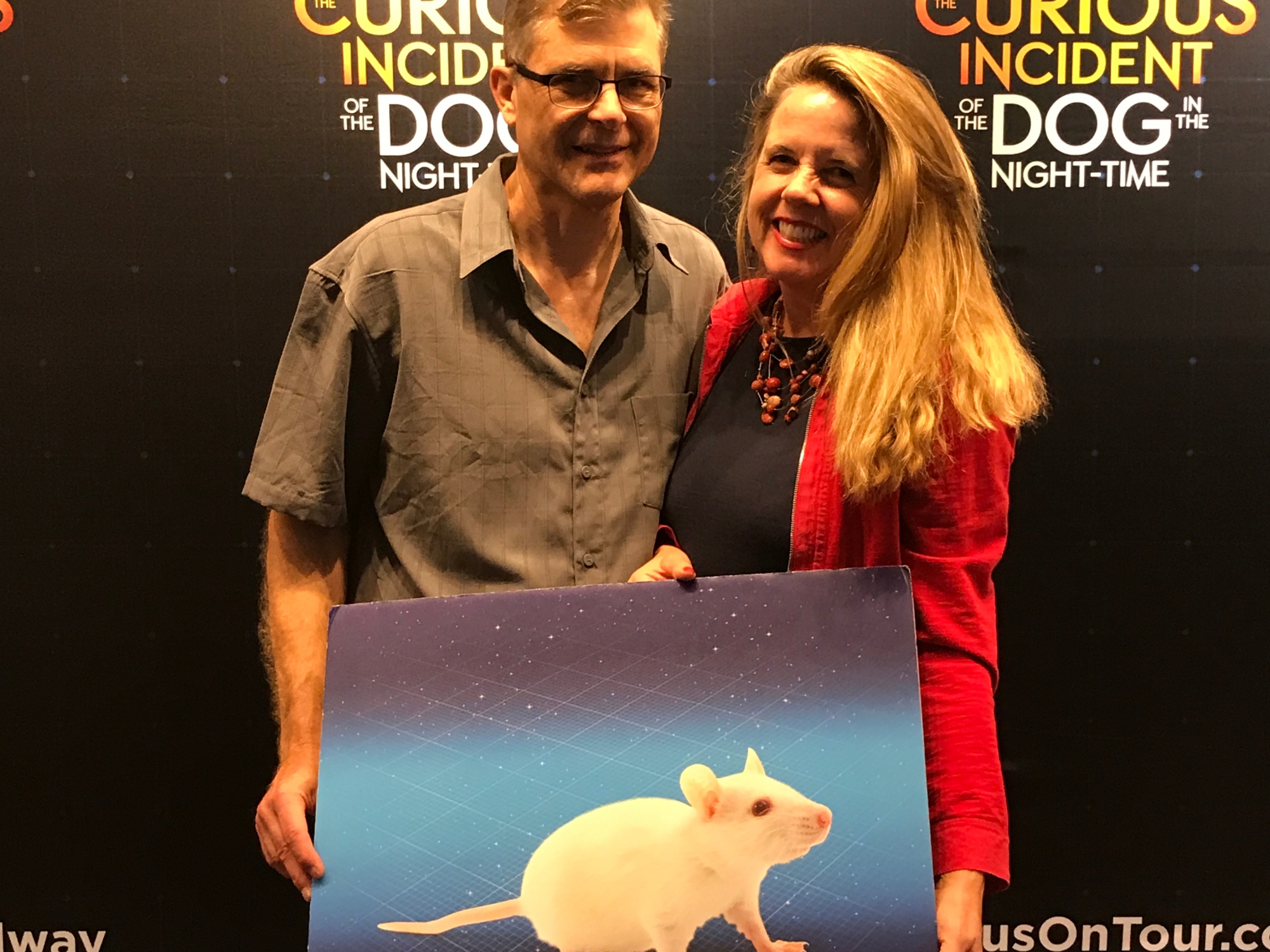 One of the most memorable lines in the 1892 book The Memoirs of Sherlock Holmes by Sir Arthur Conan Doyle, is “The Curious Incident of the Dog in the Night-time.” It’s featured in the story about the disappearance of a prized racehorse. Sherlock Holmes deduces that the nearby dog didn’t make a noise while the horse was stolen, because the dog knew the person committing the crime.

That line and the premise of the story is featured once again in the 2003 title of Mark Haddon’s best selling mystery novel. With its success, it was turned into an award winning National Theatre production that is currently at the Ahmanson Theatre.

The story is about a “15-year, three-month, and two-day old” boy named Christopher, who relates to his idol Holmes by using logic when solving mysteries. The production opens with scenic designer Bunny Christie’s black and white stage and a large white dog with a pitchfork in it’s side, near it’s heart. The audience learns that Christopher (played brilliantly by Juilliard graduate Adam Langdon) likes dogs (he also likes his pet rat named Toby) and did not kill his neighbor’s dog named Wellington. 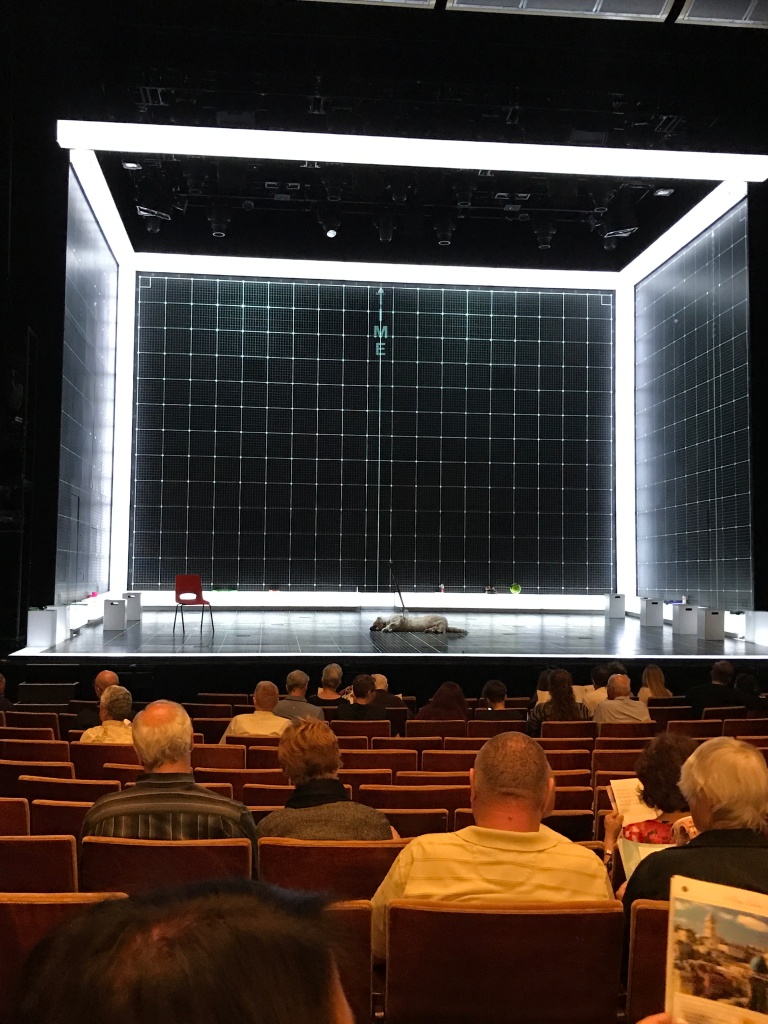 Determined to find the murderer, the audience witnesses the scintillating mind of Christopher through the use of swirling strobe lights by lighting designer Paule Constable, frantic videos by designer Finn Ross and intensified decibels of sound by Ian Dickinson, to recreate the mindset of someone with Asperger syndrome.

Though the word “autistic” and “Asperger’s” is never used in the dialogue, Christopher’s posture, facial expressions and mannerisms are classic conditions. He can’t stand to be touched, is hyperfocused on math and astronomy, and shies away from eye contact with others. He finds others very confusing, especially when they “say a lot without using words.”

We learn that his parents marriage has crumbled due to the strain and struggles of raising a special needs child. We see their frustration, disappointment and need to mentally and physically connect with their son, especially with Christopher’s father Ed, played compassionately by Gene Gillette.

We also pity his mother (Felicity Jones Latta) as she shares in a monologue the freedom she experienced swimming in the ocean, and a meltdown Christopher had during a Christmas shopping outing.

When his mother “dies of a bad heart,” Christopher is not sad, because, “How do you tell a rational person where heaven is?”

Actress Maria Elena Ramirez plays Siobhan, a therapist who enjoys reading Christopher’s diary aloud, and encourages him to turn it into a book. While reading his story, Christopher plays out the scenes while assembling a train track and London village onstage, grabbing props from inside hidden cabinets behind cleverly designed solar panels lining the walls. Siobhan reads, listens and offers advice to Christopher onstage and sometimes out in the audience.

Director Marianne Elliott and choreographers Scott Graham, Steven Hoggett creatively have the ensemble carry Christopher and his beloved rat Toby around the stage as if they are flying through space with stars and constellations twinkling in the night sky. Christopher thinks he would be a very good astronaut when he says, “You have to be intelligent and not mind being in a small spacecraft.” Computers, machines and outer space are more comforting than people.

The plot thickens when he discovers who killed Wellington, which helps him discover the mystery of his mother’s disappearance, and motivates this young man to venture out of his “bubble” to find her.

The graphics and projection during the train scenes, along with Langdon’s interesting movements were thrilling watch. He walks on the side walls and flips 360 degrees with the help of the cast.

Four scenes I really enjoyed include when Christopher visits and questions his neighbors about the murder; all the chalk drawing scenes that are ingeniously projected on the side and back walls; and the fast paced train station and when his father presents him with an adorable puppy that showers Christopher with playful adoration. 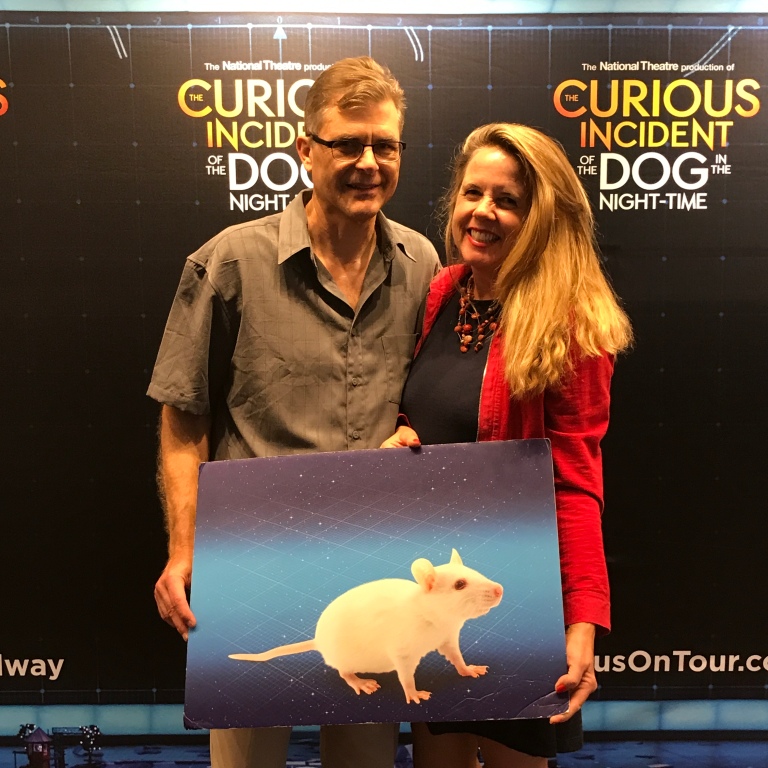 Be sure to stay after the curtain call, just as the house lights turn on and the audience rises out of their seats, Langdon comes back out onstage to explain how he passed his school exams. With a pop of confetti at the end, you will walk out with a smile and eagerness to discuss the show with others.

Years ago I read part of the book, yet never finished it. Now after watching this stellar production, I’m motivated to read the book again to rediscover the intricacy and nuances of this fascinating story.

This review was also featured in The Stage Review. 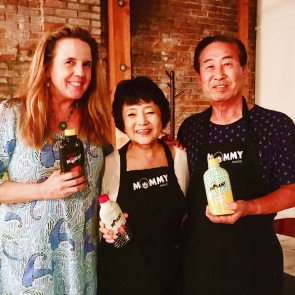 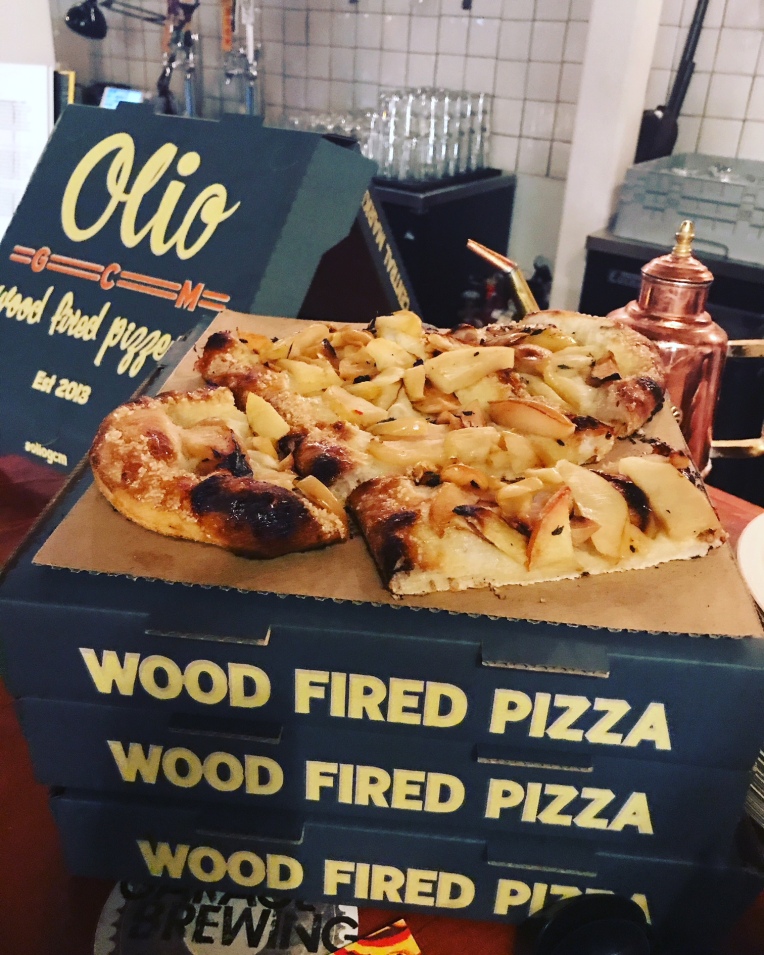