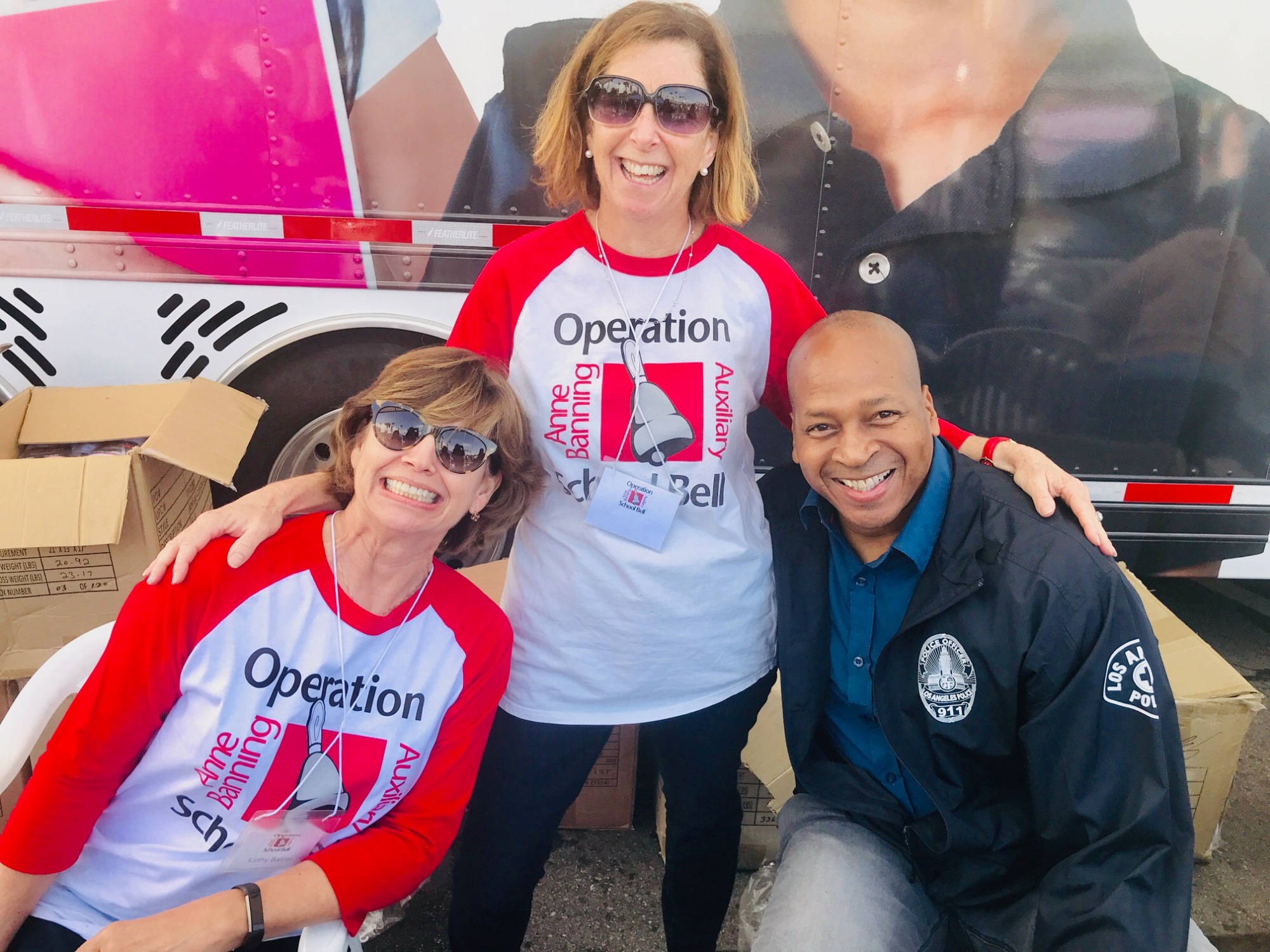 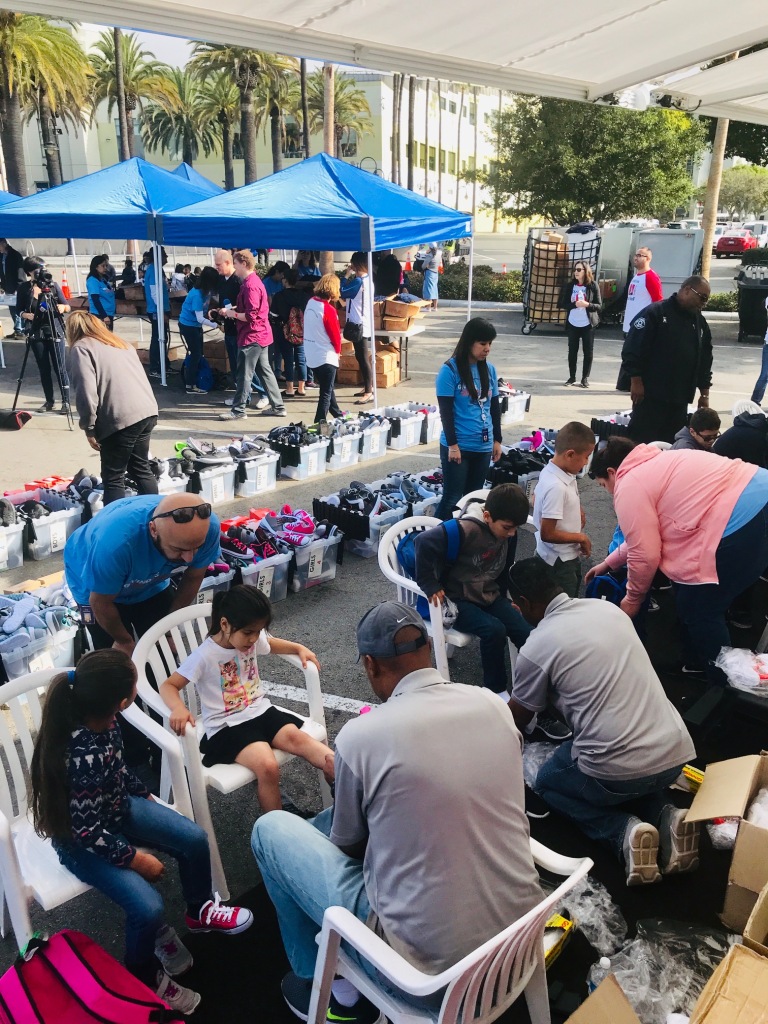 The organization’s mission is to empower individuals and families to lead more productive and fulfilling lives by staying in school and succeeding academically. Disadvantaged children typically lack appropriate school attire or are forced to share clothes with family members, putting them at risk for irregular attendance, poor school performance, and low self-esteem. OSB’s goal is to improve regular school attendance so these students can succeed in school.

LAUSD Homeless Education Counselors checked in each child with a wrist band and handed them a brand new plush Despicable Me Minion. LAUSD counselor Jaza Williams told me she was having an OPRAH moment handing each child a lovable yellow toy saying  “You Get a Minion, You Get a Minion….” 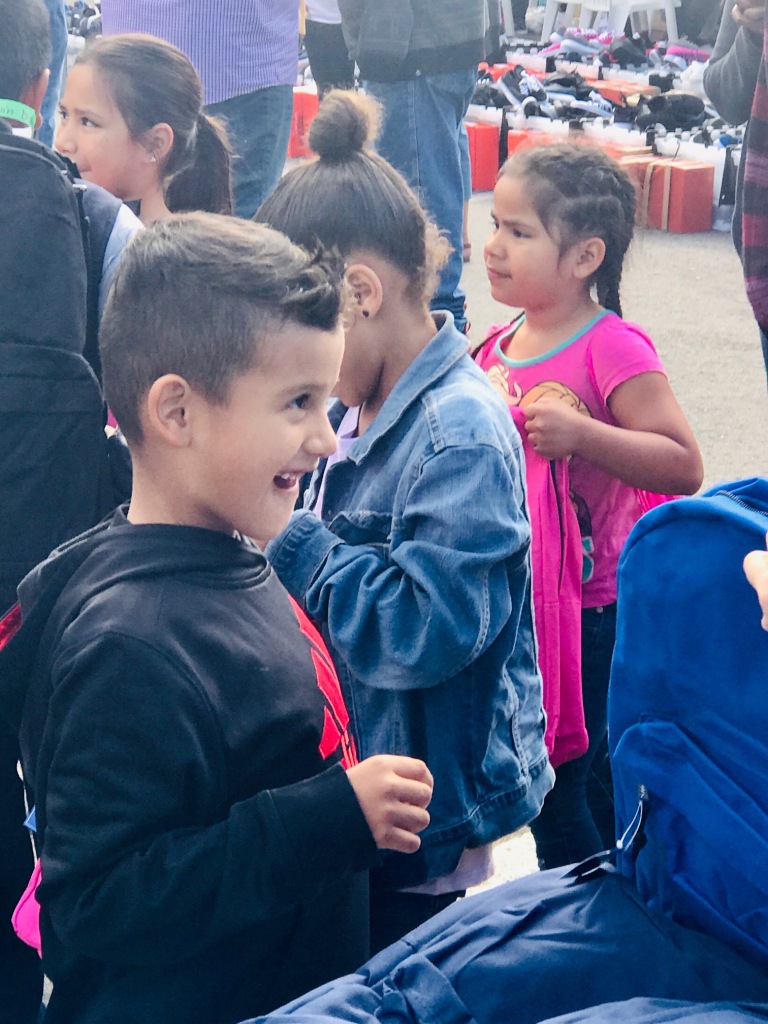 Melanie Merians, CEO of the Assistance League of Los Angeles shared that the cost for each school visit is $25,000 per day.  They stock the pop-up 48-foot big-rig “traveling closet” with new clothing that includes uniform polo shirts, jacket/hoodie and pants.

On a typical “Wheels” site visit at a school, more than 250 children receive clothing and supplies. Annually they provide new clothing to more than 6,300 at-risk children in grades K-5 at LAUSD.

Adrienne Seltzer takes Operation School Bell on Wheels to 16 schools in the Los Angeles Unified School District during the school year. Children in need receive clothing and supplies on each visit. LAPD Community Officers accompany Seltzer on the visits. “It’s nice for kids to see police officers in another light,” said Seltzer. “They also are there to assure everyone stays safe.” 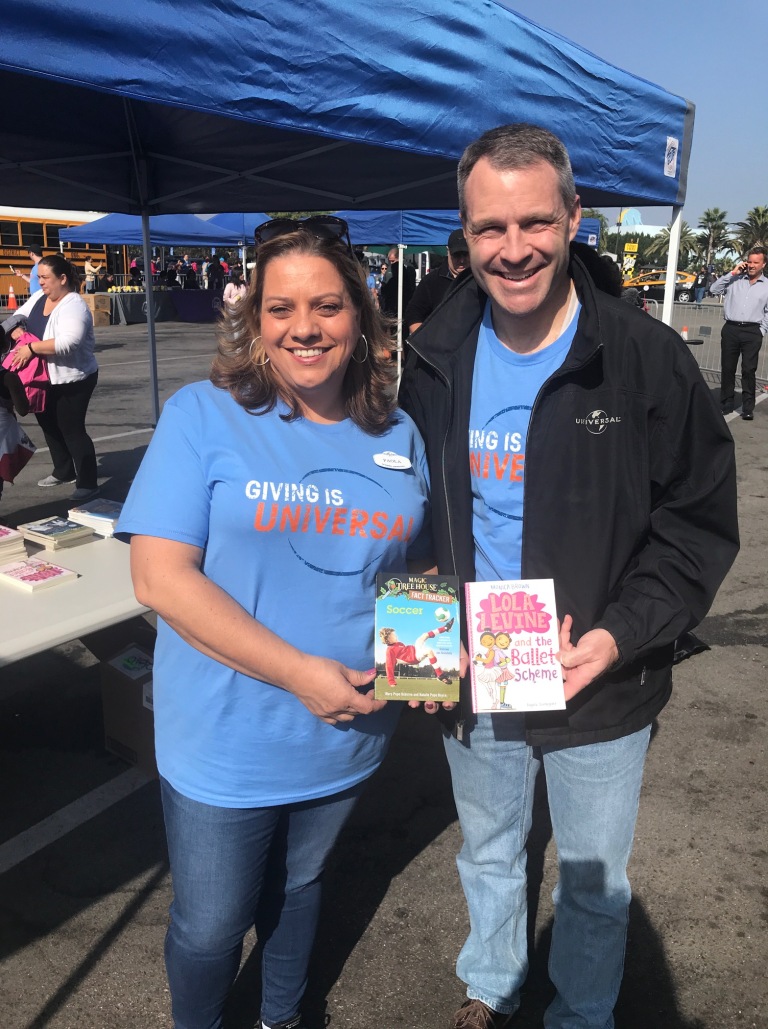 Back down the steps, the children were offered to pick a brand new book to keep by Universal Studios Hollywood volunteers. 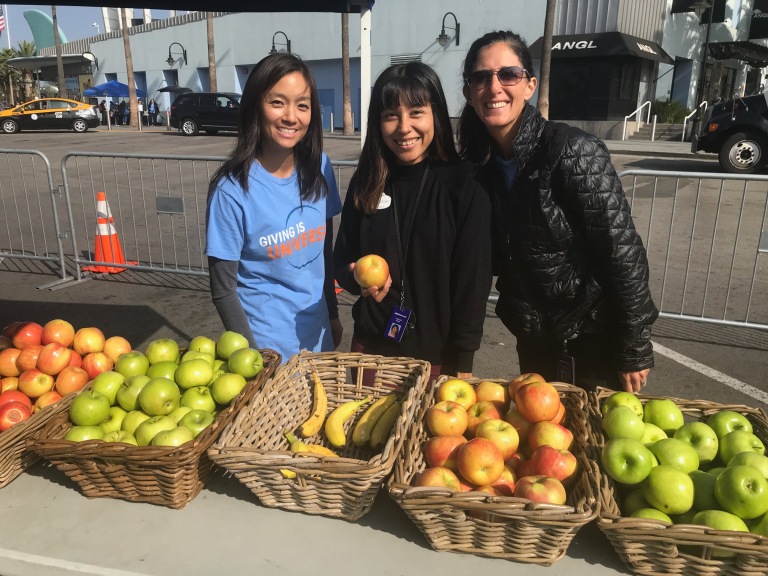 After this experience, the students enter Universal Studios Hollywood in groups to enjoy a fun afternoon visiting “The Wizarding World of Harry Potter” 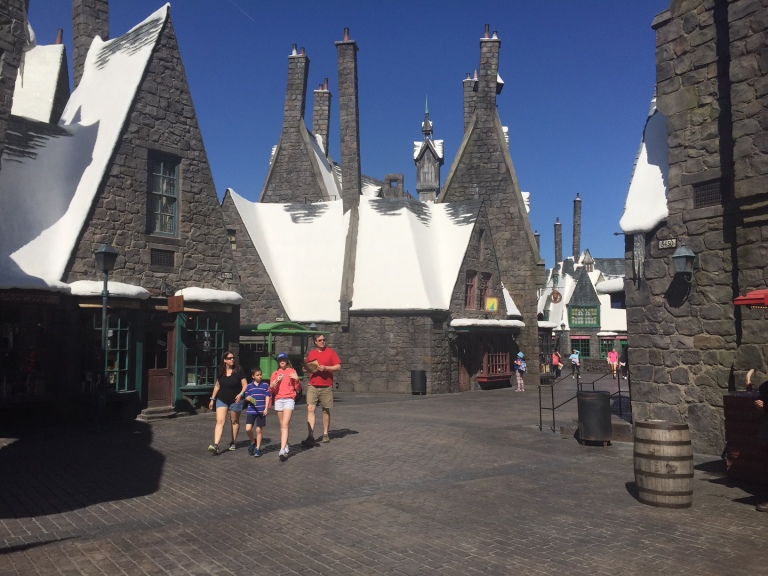 Talking to Heather Mann, Public Relations at Universal Studios, she told me the students and chaperones will visit “The Wizarding World of Harry Potter,” meet Minions, and ride the popular “Despicable Me Minion Mayhem.” A catered lunch is provided and the students get to play at the “Super Silly Fun Land” play zone. They also get a behind-the-scenes look at how movies are made on the world-famous Studio Tour.

The holidays will be brighter for these children and others thanks to these caring volunteer heroes. If you would like to help the volunteers from Assistance League Los Angeles Operation School Bell raise funds to help fund these events for homeless students Donate here.