Recently I was invited to a Zoom informational meeting with a panel involved in the new Pendry West Hollywood and Pendry Residences West Hollywood by Montage Hotel & Resorts. Everyone was giddy about the collaboration with Chef Wolfgang Puck returning to the Sunset Strip.

Wolfgang Puck first starting cooking in Los Angeles in 1975 as a chef of Ma Maison in West Hollywood. His big personality and innovative culinary flair attracted the rich and famous eager to enjoy his elegant fusion of French and California fare. With award winning reviews and a steady following, Wolfgang branched out to create his first flagship restaurant, Spago, in West Hollywood. Spago means “spaghetti” in Neapolitan slang.

Opening in 1982, the restaurant perched on a hill next to Tower Records with the Sunset Strip below, became an instant culinary phenomenon. He hired a team of talented chefs that later went on to open their own successful restaurants throughout Los Angeles.

Puck pioneered “California Cuisine,” and became famous for its haute designer pizzas topped with smoked salmon and caviar, and pasta dishes. Known as the pizzeria to the stars, super agent “Swifty” Lazar held his annual post-Oscar party at Spago, and just about every movie star hoped to secure an invitation.

Spago attracted some of the most talented, ambitious cooks, who later moved on to launch their own successful restaurants. Nancy Silverton and her husband at the time Mark Peel, opened Campanile in 1989, and later La Brea Bakery. Executive chef Govind Armstrong began working at Spago in his teens. Susan Feniger of Border Grill restaurants worked with Puck, as did Chef Neal Fraser before opening BLD and Redbird. Before Providence and Connie & Ted’s, James Beard Award winning chef Michael Cimarusti was the chef de cuisine at the original Spago.

After 15 successful years in West Hollywood, Puck moved Spago to the more toney Canon Drive in Beverly Hills. “WeHo is different now than when I had a restaurant on the Sunset Strip,” said Puck. “It was funky and known for its wild nightlife and rock music in various clubs. I used to go to The Whiskey, and once I saw Chuck Berry,” said Puck. 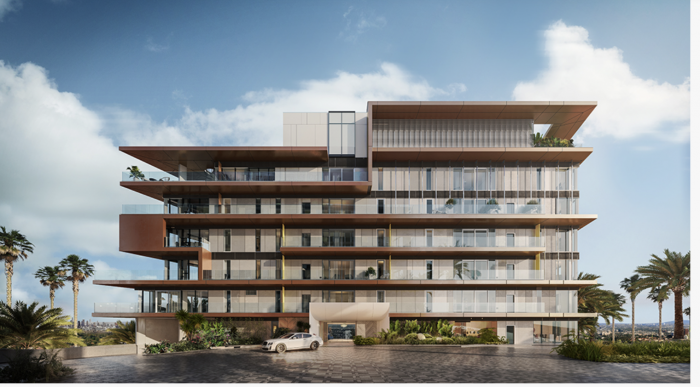 Located on the former House of Blues corner, is a new way of luxury living, The walkable neighborhood of Sunset and Fountain is becoming the hub to live, work and play. It’s the right property for the right time to meet the moment.

Wolfgang Puck will bring a variety of premier dining concepts to Pendry West Hollywood. ‘Now Sunset Blvd., is being revitalized. It’s amazing. The Pendry West Hollywood will be the center of the Sunset Strip,’ said Puck. ‘I like it so much, that I have moved my office here.’

“I may create a new fine dining restaurant concept for a new generation of foodies,” said Puck. Plans are to create a casual indoor breakfast, lunch, and dinner concept with an outdoor patio, and a sophisticated rooftop restaurant offering stunning views of Los Angeles.

The restaurants might even have some Spago inspired dishes that fans of the original restaurant enjoyed. “Downstairs is a music room. Musicians like home cooked meals, so I’ll be making fried chicken and comfort dishes,” said Puck.

“It’s an honor to team up with a world-renowned chef and one of Los Angeles’ culinary icons to bring our food and beverage concepts at Pendry West Hollywood to life,” said Michael Fuerstman, co-founder and creative director of Pendry Hotels. “Wolfgang has played a singular role in shaping the City’s culinary identity, and we are excited to collaborate with an LA legend to continue to push the food scene to even greater heights.”

Pendry West Hollywood is a $500 million dollar project that has taken 15 years in the making featuring 149 luxury guestrooms in an urban oasis and 40 luxury residences with a piazza separating the vibrancy of the hotel with the privacy of residential living.

Besides Wolfgang Puck culinary and beverage venues, guests and residence owners will have exclusive access to hotel amenities, including a rooftop pool and bar, multi-purpose live music and entertainment venue, a screening room, bowling alley, Spa Pendry and state-of-the-art fitness center, and a curated art collection.

Martin Brudnizki, founder of Martin Brudnizki Design Studio, vision for the new Pendry West Hollywood is the glamour of the 1930s and 1950s with a contemporary twist. “Sunset is a stretched out Time Square,” said Brudnizki on Zoom. ‘Im creating an inviting public village, that is exclusively perched up above the Sunset Strip with steps cascading down the hill.’

Every resident will have a terrace, some are bigger than others bringing nature and sunshine, a relaxed lifestyle, and uber glamour that inspires a zest for life. The residences start at $3 million for an almost 3,000 square foot private unit.

New to the Pendry Hotel since the coronavirus pandemic, is One Medical, a telecom Medical App, offering check-in with a live doctor 24/7 for associates.

Another Pendry West Hollywood article is also featured in JustLuxe -.