The excitement was contagious, as the staff of the Center Theatre Group prepared for the reopening of the Ahmanson Theatre for “A CHRISTMAS CAROL”. They dropped off an envelope to every chair in the theatre before the doors opened to theatre patrons. Inside was a white card that read: TOGETHER AGAIN We’ve Missed You! Tonight’s Performance is Dedicated To You: The First To Return.

The Ahmanson has been dark for 628 days. Think about that length of time for a theatre to be closed. When they planned to reopen, they wanted to do it with a BANG! They wanted a story that would engage the audience and warm their soul. Securing the five-time Tony winning production “A Christmas Carol” with seasoned actor Emmy Award-winner Bradley Whitford as Ebenezer Scrooge, Kate Burton and Alex Newell was the perfect combination to attract theater goers back inside.

Audiences must arrive early to show their vaccination card, identification and receive a purple bracelet to enter into the theatre. A delightful pre-show entertains the audience with members of the ensemble walking out onstage to play music, wave, and throw out small tangerines to those who raise their hand and are ready to catch.

Looking up, one notices hundreds of lanterns hanging from the ceiling above the audience. Lighting Designer Hugh Vanstone has designed over 20 Broadway shows and won the 2019 Tony Award for Best Lighting Design for this show when it was at the Lyceum Theatre in New York City.

The musical is based on a novella written in 1843 by Charles Dickens and is a clever new interpretation of Dickens’ timeless story. Adapted by Tony Award winner Jack Thorne (“Harry Potter and the Cursed Child”) and originally directed and conceived by Tony Award winner Matthew Warchus (“Matilda”), Scrooge is visited by four ghosts.

The first ghost is former business partner Jacob Marley (Chris Hoch) who has been “dead as a doornail” for seven years. Weighted down by the chains he forged in life, Hoch wows the audience and Scrooge towards the end of the show with his golden voice.

Rob Howell’s creativity and skillful expertise as the Set and Costume Designer for the show also won a Tony Winner. He cleverly has four thin door frames in the center of the set to represent a front door and doors leading into hallways. These pop up and come down flush with the stage floor during certain scenes. Howell dresses Scrooge in an exquisite red jacket to add a pop of color and the ghosts in colorful garments to draw our attention to the dark stage.

This timeless and very timely tale focuses on isolation and redemption. “A Christmas Carol” features sound design by Tony Award winner Simon Baker; The sound effects of doors closing are integral in the show, especially when Scrooge’s assistant Bob Cratchit shuts the door in frustration and resignation.

This ensemble enjoy swinging the bells in their hands to Christmas tunes multiple times in the show. Music, orchestrations, and arrangements are by Tony Award winner Christopher Nightingale; music direction by Remy Kurs; music supervision by Paul Staroba and music coordination by Howard Joines. Some of the most beloved Christmas carols, including “Joy to the World,” “Silent Night,” and “It Came Upon the Midnight Clear,” are performed.

When Scrooge encounters the three ghosts of Christmas he is forced to visit his past, the present and move into the future. It’s painful for him to watch as each ghost appears during a spectacular whirlwind from Vanstone’s lighting.

The ghost of Christmas Past is Kate Burton, and she guides Scrooge on a painful journey of his failures and lost opportunities. Burton is the accomplished daughter of theater royalty – Richard Burton and Sybil Christopher.

The ghost of Christmas Present received applause the minute Alex Newell stepped onstage. I didn’t understand why Newell spoke with a Jamaican accent, and at times he yells out his lines so loud that I couldn’t understand the words he was shouting out. I heard guests during intermission commenting on this too. He is bigger than life in energy, which is exciting to watch, but Newell just needs to slow down his delivery and enunciate more clearly.

While the Christmas Future scene is with Little Fan (Glory Yepassis-Zembrou), Whitford draws the audience in with his dramatic voice, yet Yepassis- Zembrou yells to much during Scrooge’s awakening and needs to soften her voice in these scenes.

As Scrooge races though the audience to make amends with those he neglected for so many years, one of the most touching scenes is when he raps on Belle’s (Sarah Hunt) door.

Director Thomas Caruso has the ensemble appear in the audience multiple times and the audience roars in laughter during a banter with Scrooge, his nephew Fred (Brandon Gill) and townspeople collecting food to prepare for a fabulous Christmas meal.

Another touching moment is at the end with Tiny Tim (Cade Robertson the night we saw the show). It is one of those “awe” moments that will fill your heart with love and joy.

During the end of the show, the entertaining choreography has the audience ready to stand for an appreciative ovation. In the spirit of giving during the holidays, Whitford shares how the production chose a non-profit organization to support this holiday season. The Ahmanson works with many organizations to make theatre more accessible to Los Angelenos. They selected The South L.A. Cafe Community Foundation to help combat racial, economic, social, food inequity and food insecurity. Guests wanting to help out could donate a few dollars on their way out of the theatre.

After a bonus lively bell ringing performance, the audience walked outside to tables laden with packaged chocolate chip mint cookies and cups filled with piping hot chocolate as a thank you for attending the evening’s performance.

“A Christmas Carol” runs through Jan. 1. Tickets for “A Christmas Carol” are currently on sale for the premiere engagement at Center Theatre Group/Ahmanson Theatre and start at $40. They are available through CenterTheatreGroup.org, Audience Services at (213) 972-4400 or in person at the Center Theatre Group Box Office (at the Ahmanson Theatre at The Music Center, 135 N. Grand Avenue in Downtown L.A. 90012). 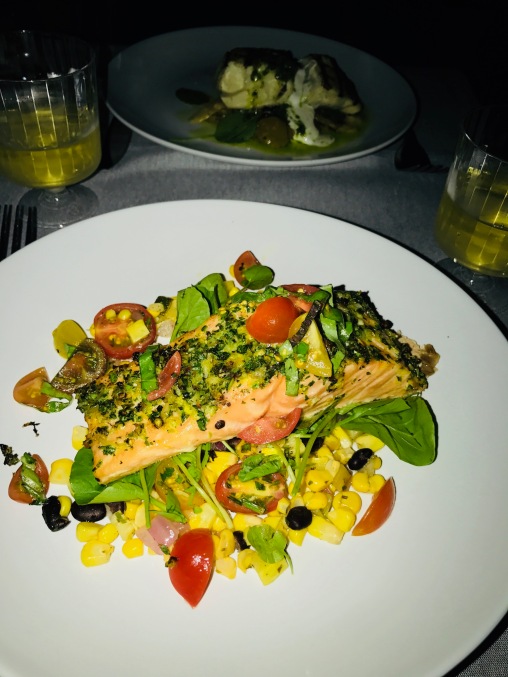 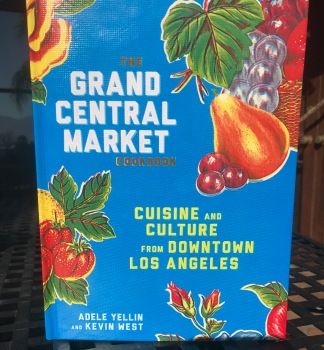 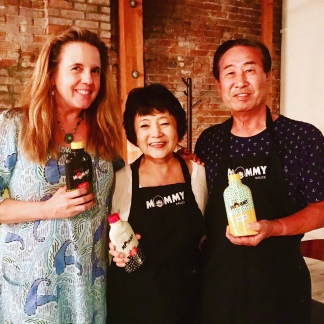 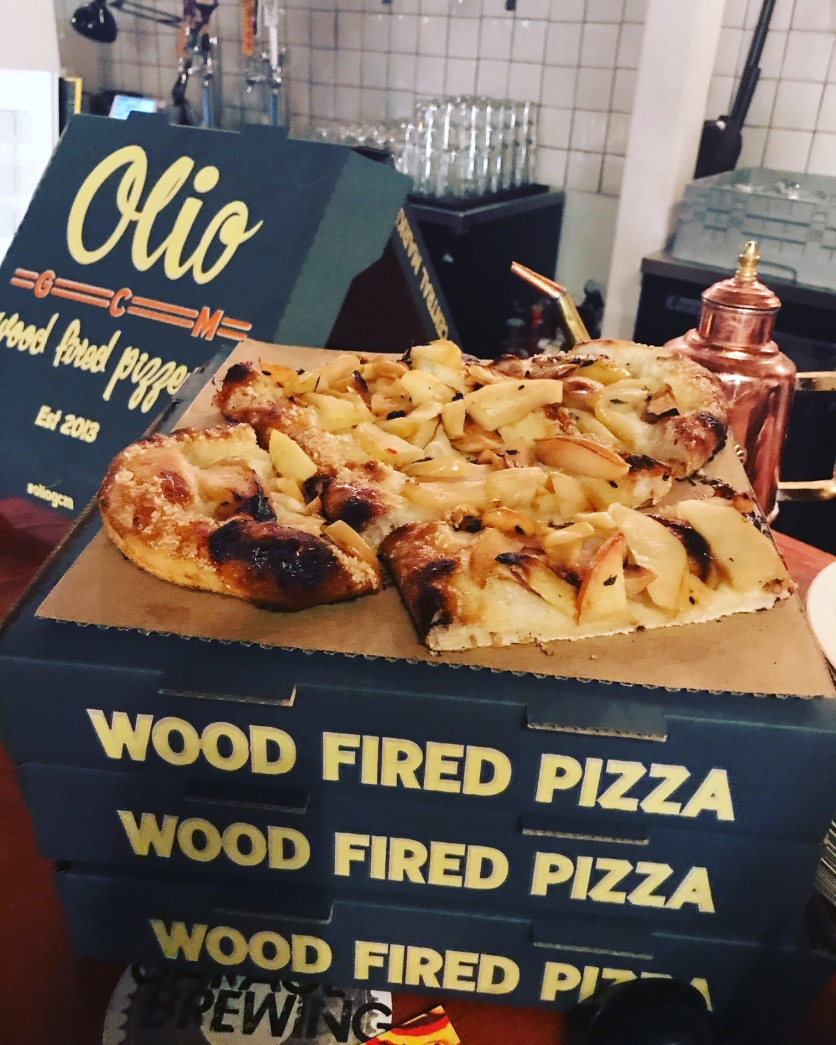