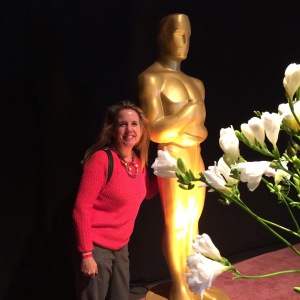 As a little girl, my parents loved to throw an Academy Awards Oscars Party. We would make a special dinner, decorate the house and write each category and nominee on pieces of paper. I remember making a separate bowl for Best Picture, Best Song, Best Actor, etc… We would put loose change from my father’s bureau into the bowls -pennies, nickels, dimes and quarters. We could pick one or two folded pieces of papers without knowing what name was inside.  While eating dinner and a special dessert, we watched the entire show in front of the television. If our hand picked nominee won, we collected all of the change in the bowl. It was great fun.

I’ve tried to carry on the tradition in my own home. For the past four years, I have been invited to the Academy Awards Oscars Preview event at the Dolby Theater in Los Angeles. I get a sneak peek into how the most glamourous party in Hollywood is decorated and what is served for the big awards night. Then I go home and try to recreate the experience on a more budget scale.

Master Chef Wolfgang Puck prepared a multitude of hors d’oeuvres, that you could easily make for your own party. There was curried chicken salad on walnut raisin toast; Chinese Chicken salad on wonton crisps; roasted red hummus with Jicama sticks; smoked salmon mousse on cucumber; and tomato, feta and olive skewers; and Deviled eggs with smoked paprika and a variety of cheeses with seeded lavosh. Many of the other hors d’oeuvres were more sophisticated, and I believe its wise to keep it simple from start to finish.

Hot and cold plates that you might like to replicate are baked potatoes with caviar to lend a touch of elegance, chicken pot pies with black truffles; chopped salad with artichokes, asparagus, radicchio and haricot vert; and Wagyu short rib with cauliflower puree and golden raisins.

His desserts prepared by a team of pastry chefs that included Kamel Guechids, Tyler Atwell and Della Gossett were spectacular. It will be too laborious to recreate the majority of these delectables, however dark chocolate brownies, coconut cupcakes and double chocolate cherry cookies would be fun to make and enjoy while watching the winners walk up to get their Oscars.

The Haig Club was at the preview making three glamorous cocktails with their Single Grain Scotch Whisky. Haig Club was developed in partnership with soccer legend and spokesperson David Beckham and British entrepreneur Simon Fuller. Mixologist Charles Joly made for the Oscars The Lowland Highball that is bright, refreshing and offers hints of mild flowers and light bitter notes.

Here’s how to make it at home:

Serve in a Collins glass.

WINE TO SERVE AT YOUR PARTY – STERLING WINES

While the stars are sipping glasses of 2014 Sterling Vineyards Limited Edition Gold Standard Reserve, you can serve a bottle of 2013 Sterling Vineyards Chardonnay, Napa Valley. With a lovely golden color it offers the essence of ripe fruit and fragrant oak spices. It’s available for under $15 in many stores. 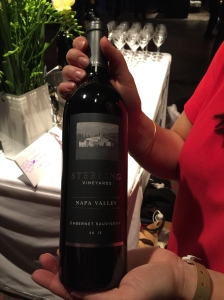 Another great wine to serve is a bottle of 2014 Sterling Vineyards Sauvignon Blanc offering an elegant and refreshing balance of white peach, crisp pear and citrus. This is priced under $20 in many stores.

With all of these suggestions, you will be able to have a celebration that will be the talk of the town. 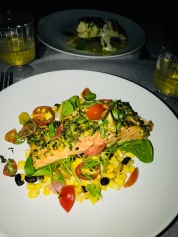 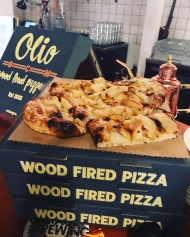 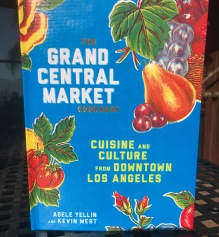