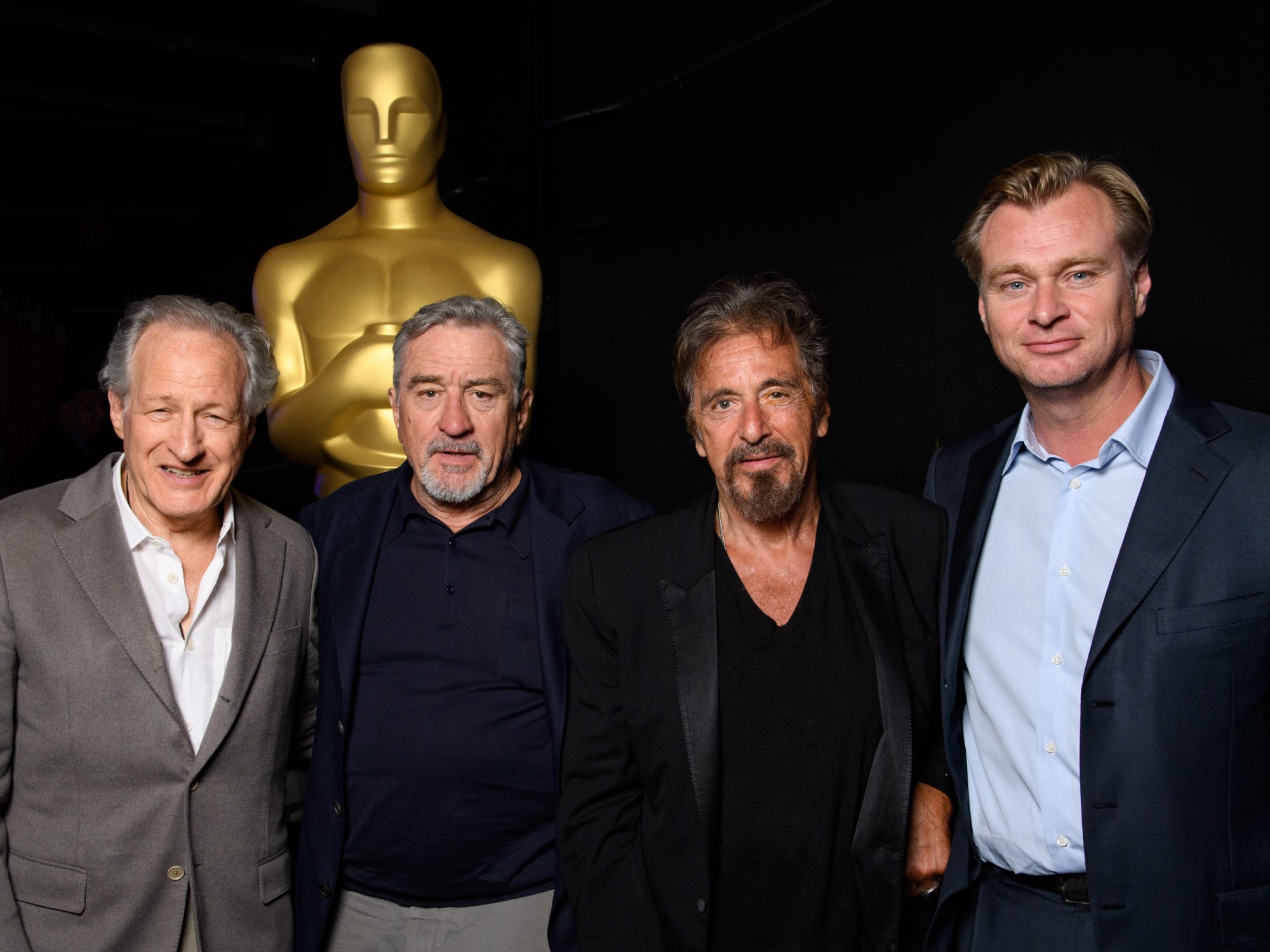 The Academy of Motion Picture Arts and Sciences recently held a sold-out screening of Michael Mann’s 1995 classic film “Heat” on Sept. 7 at the Academy’s Samuel Goldwyn Theater in Beverly Hills. The film recently underwent a 4K DCP restoration by Mann and Stefan Sonnenfeld, of Company 3.

After the screening, an all-star cast including Oscar winners Al Pacino, Robert De Niro and Mann discussed how they made the classic movie. Oscar nominee Christopher Nolan moderated the forum.

Mann, a four-time Oscar nominee, based the movie on his friend, Chicago detective Charlie Adamson. Actors Val Kilmer, Tom Sizemore, Jon Voight and Danny Trejo are also featured in the film, as well Diane Venora, who portrays Pacino’s wife in the movie; Amy Brenneman, who stars as De Niro’s girlfriend; Ashley Judd, who stars as Kilmer’s character’s wife, and a young Natalie Portman, who appeared as Pacino’s step-daughter.

Pacino and De Niro previously worked together in 1974 on Francis Ford Coppola’s “The Godfather Part II” before being reunited in “Heat,” which is set in Los Angeles.

2. Al Pacino as Lt. Vincent Hanna is brilliant in the movie. As a method actor, he and Mann discussed his character as having a bit of a cocaine issue. It’s never seen in the film, yet Pacino’s walk at times and excitable behavior is a glimpse of the drug problem. It’s subtle, yet enhances the layers of this character.

3. One of the most impressive scene’s in HEAT is between Al Pacino and Robert De Niro’s characters at a dine. Both men reaffirm their commitment to their work and to using lethal force if necessary to stop the other. De Niro did not want to rehearse this scene over and over. He wanted it captured on the first take.

4. Another classic scene is when this Oscar winning duo fight it out on a field outside the LAX freight terminal. It’s a cat-and-mouse shootout. At the end, Pacino takes De Niro’s hand and reverently watches his adversary die.

6. De Niro was the first cast member to get the film script, showing it to Pacino who also wanted to be a part of the film. De Niro believed Heat was a “very good story, and had a particular feel to it, a reality and authenticity.”

7. In order to prepare the actors for the roles of McCauley’s crew, Mann took Kilmer, Sizemore and De Niro to Folsom State Prison to interview actual career criminals.

8. Michael Mann took the cast to a bank in downtown LA to research and practice the intense bank robbing scene, before it was shot.

HEAT is a classic film that is timeless. If you haven’t scene it, you are in for a thrill.

Parts of this review were featured in the Beverly Press and Park LaBrea News.