Last night my daughter and I entered the Wallis Annenberg Center for the Performing Arts theatre to see THE BITTER GAME. As we picked up our tickets, we were told to go back outside to the The Wallis’ Promenade Terrace.  This was the first time I have ever watched a show outside under bright lights. 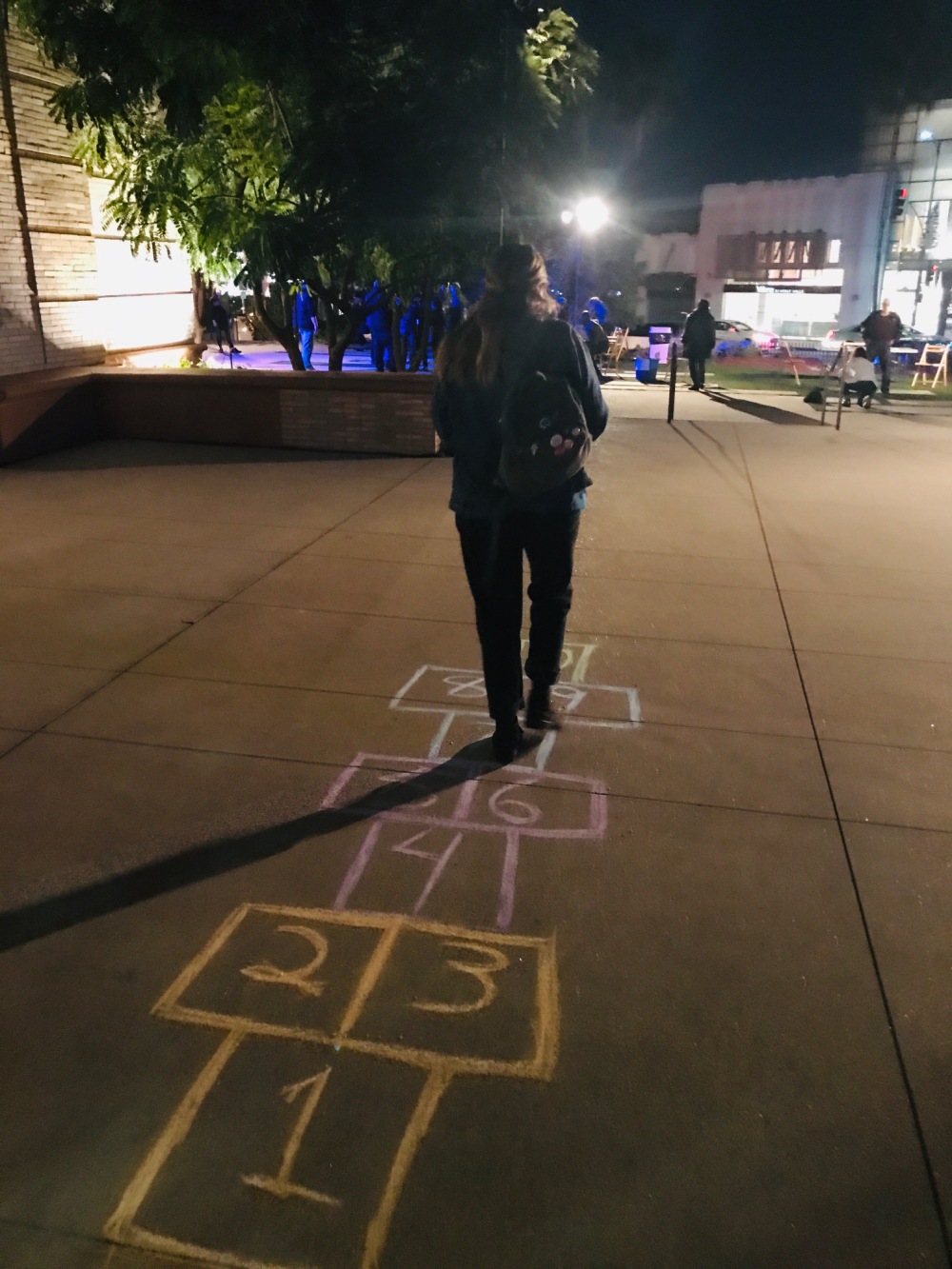 As we handed our tickets to a Wallis usher, we noticed the words “Da Block is Hot” and hopscotch drawn in chalk on the terrace concrete. There was a basketball hoop and two basketballs for audience members to shoot some hoops before the show. Tables were set with checkers and other games near a DJ spinning lively tunes.

This “high-impact” immersive theater experience is the work of playwright and talented actor Keith A. Wallace. He is only in Beverly Hills for four nights, from Wednesday, November 14 through Saturday, November 17, 2018.

Wallace portrays multi-characters in his one-man performance that is divided into five acts, structured as the four quarters and overtime of a basketball game.

He shares with his audience the story of Jamel Smith, first as an 8-year-old boy at a block party in North Philly. We are all part of the party as he paints a picture of the neighborhood, music and food at the party with his poetic words. One can almost feel the heat and humidity as he describes the 20-foot high jet stream of water shooting straight into the air. “It’s a blessing on a hot and sticky afternoon.” Looking up there are old sneakers hanging on phone wires, and the audience can almost smell the barbecue food he describes.

Then young Jamel witnesses a neighborhood act of violence and during the second quarter he takes on the role of Jamel’s mother teaching her 8-year-old son on how his life has changed. Now he must learn to navigate his interactions with police. His words speak to the audience on a personal and universal level. This is the power of storytelling and live theater.

Third quarter we follow Wallace as he is transformed into a college student at Vassar, who comes back home for his mother’s 50th birthday party. Renting a car to drive to the party, Jamel feels good wearing “new shoes that feel like they will take him somewhere.” He shares with the audience that black kids get new shoes twice a year, first at the beginning of a school year and then at Easter. Getting new shoes is a big deal.

Suddenly Jamel notices a police car, and within minutes it’s following behind him. One could hear a pin drop as Jamel panics and recites the steps his mother’s instructions ingrained into him  – “Head up, eyes forward, ego down, keep your hands visible, forget pride, do everything a policeman tells you, Don’t ask why, always comply.” It’s a Bitter Game for young black lives. With anxiety mounting, we watch this beautiful young man crumble and our hearts grow heavy watching the injustice black men and women face daily.

The last quarter and overtime is filled with flowing tears as Wallace hands audience members candles and orders us to recite the names of young men and women “snapped from their mommas.” Whatever happens to these kids should matter to all of us.

Wallace ends the show saying, “The murder of Michael Brown in 2014 was a public display, in the way that public lynching used to take place as a warning sign, and display of white power and supremacy. All of the mothers rendered childless from these situations are thrust into the spotlight and not afforded the same opportunities to mourn and grieve in the same way other mothers are. I got tired of seeing black people murdered by police with impunity, and it was time for a reckoning.” 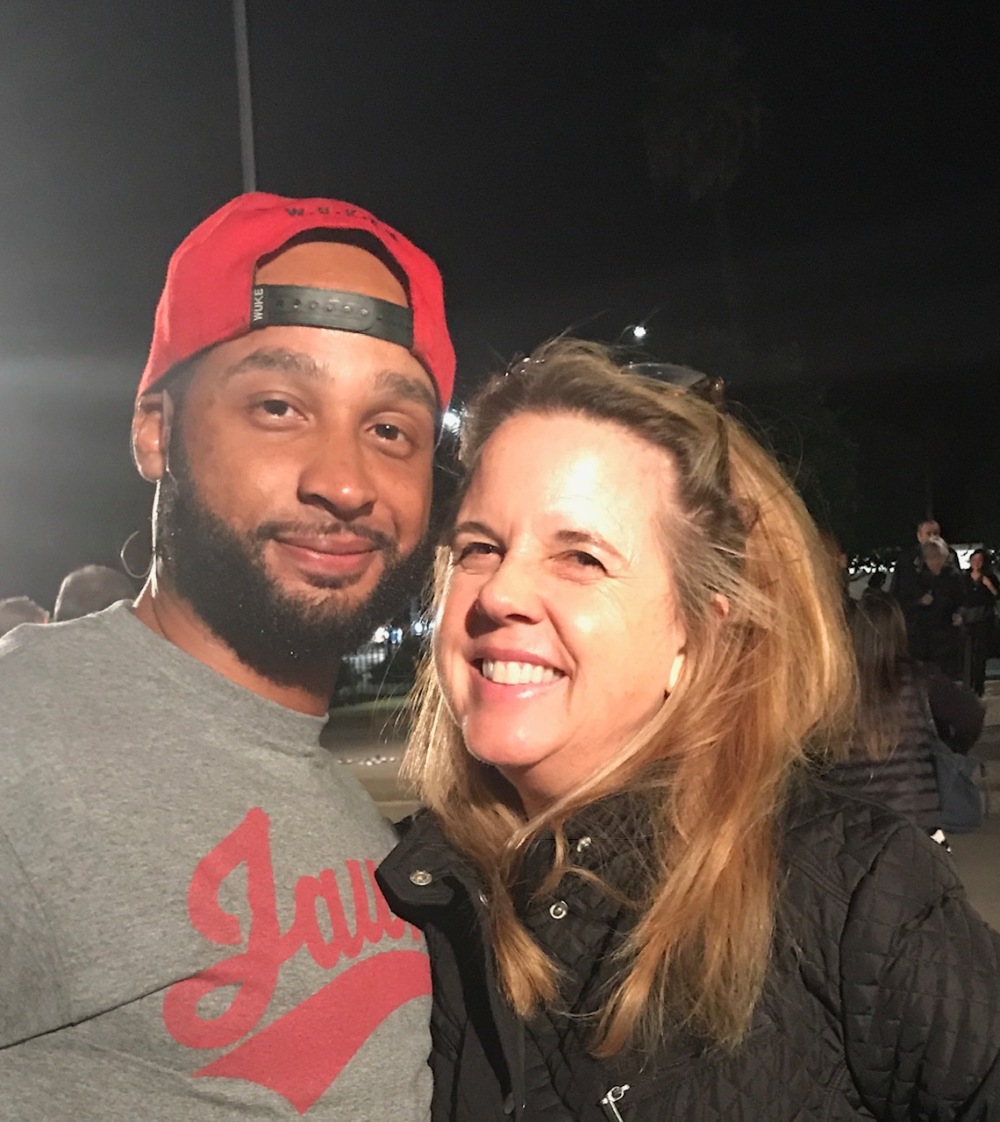 Wallace hopes the play will eventually reach beyond the theater to be used as a tool of sensitivity training for law enforcement and performed with schools and communities reflected in the story. A BITTER GAME is based on Wallace’s youth in Philadelphia, and is co-created by Deborah Stein, and directed by Malika Oyetimein. This brilliant show will open your eyes and heart to the injustice in our world.

Wear warm attire and comfortable shoes, as you will stand throughout the show. There are a few chairs for those who need to sit. This show is appropriate for children 13 years and older due to strong language.