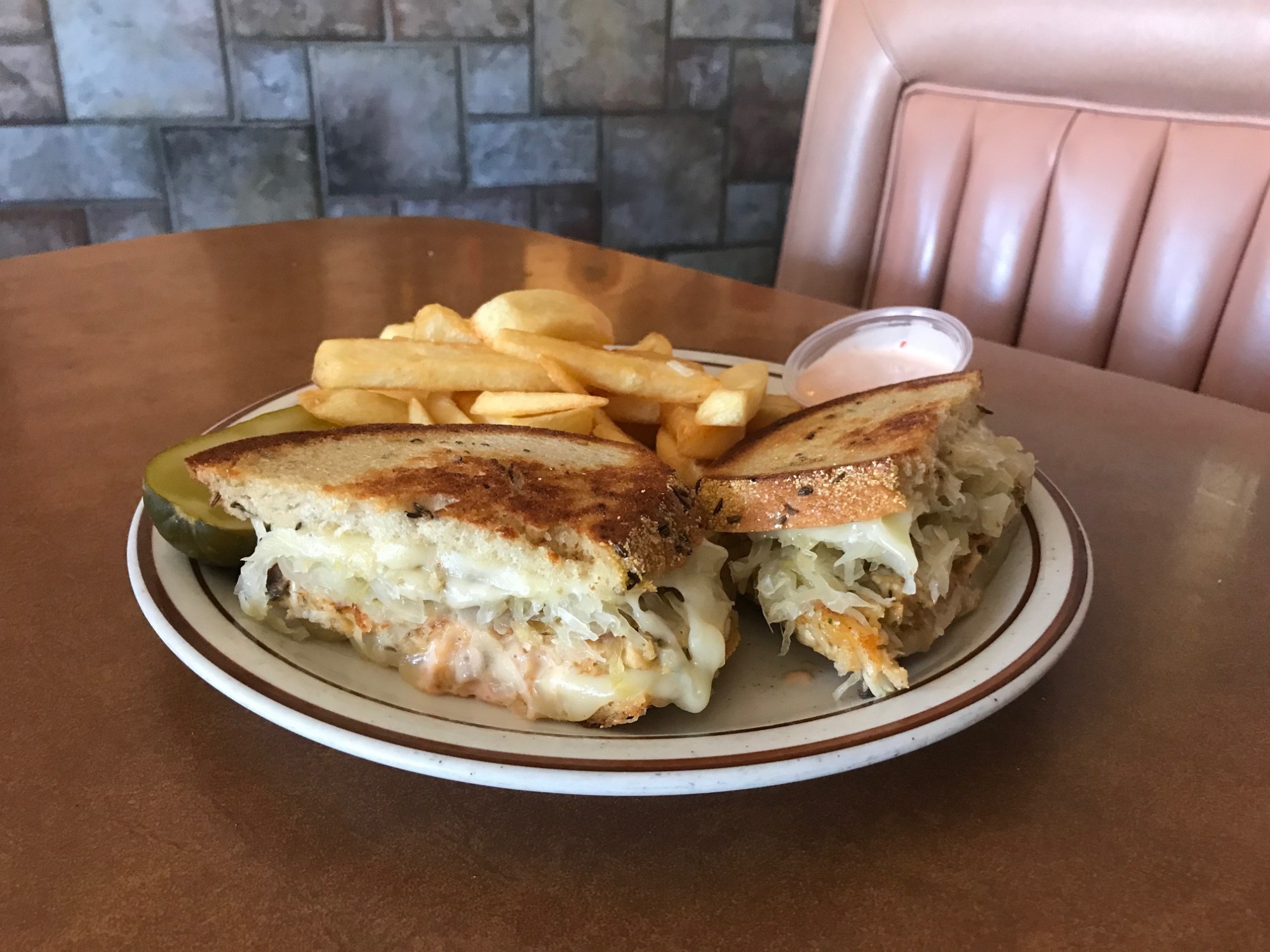 Last weekend, I went into Canter’s to pick up some comfort food. As I approached the front door, I noticed a robot on wheels stopped on the sidewalk and a Canter’s employee placing a bag filled with sandwiches, bagels, soup and beverages into its storage box. When the lid closed, the Postmates robotic delivery system blinked its lights twice and took off navigating along the sidewalk towards Melrose Avenue.

“The Postmates robot comes to Canter’s daily,” Marc Canter said as he greeted me at the entrance of the iconic deli restaurant. “I’m not sure if that one is Lola; they each have their own name.”

Canter’s relationship with Postmates has become more important since the pandemic changed the restaurant world.

“Postmates is one of the only delivery services we work with at some of our kitchens,” Canter said.

Before the pandemic, Canter’s to-go and deliveries were about one third of their business, but right now, it is 100%.

“After COVID-19 took away all our interior seats, people still came in for our food for takeaway or logged into Postmates,” he added.

When restaurants had to close their dining rooms in March, Canter’s provided essential grocery items for the community.

“People in the neighborhood came to us seeking milk, eggs and bread, while other restaurants and stores were closed,” Canter said.

Canter’s continues to serve its popular Reuben, pastrami and juicy burgers, while adding healthier options for a growing demand from customers. When he asked if I would like to try some of his newer vegetarian items, I said sure.

Developing vegetarian items started when Canter received a call from Temple Israel about an upcoming event, before the virus outbreak. They asked if he could make the matzo ball soup in a vegetarian version. Canter said of course, and found a great vegetable base and added the same chopped parsnips, carrots, garlic and celery.

He said they also created a vegetarian Reuben that has become very popular.

“We take a garden patty, add cheese, sauerkraut and Russian dressing on rye bread,” he said.

I love their turkey sandwich on rye, so Canter suggested I try the Matt Miller sandwich. White turkey is piled high and topped with cole slaw, melted muenster cheese and their tangy Russian dressing on grilled challah bread, instead of rye bread.

The restaurant opened in 1931 in Boyle Heights. The family purchased an old movie theater in the 1950s and converted it into the current Canter’s Deli Fairfax location. In the 1970s, Canter’s was one of the busiest late night restaurants.

“People would go see a movie and come in afterwards for drinks and food,” Canter said.

The dining room and bar would be packed because Canter’s was one of the only restaurants open in the late evening.

“Because we don’t have to pay rent on the building, we have been able to survive the ups and downs,” he added.

During the civil unrest in May, Canter put bottles of water out for protesters.

“We stayed open, and they didn’t bother us,” he said.

While most of the staff stayed home the next couple of days, Canter made food for the community.

“People would come in because we were open, asking for milk for their baby or food to feed their family. Others helped outside, cleaning up along Fairfax,” he said.

The community came together and protected the deli, beloved by customers and employees alike.

The day I visited, it was Canter’s deli manager, George’s, birthday. He started working for the Canter family in 1964.

George said his secret to longevity is eating well.

“I loved Marc’s grandfather and beautiful grandmother; they all are family to me.”

He shared a birthday card from Marc’s sister, Jacqueline.

“She came in this morning to give me this card, a bottle of wine and other gifts,” he said. “I’ve known Marc and Jacqueline since they were babies. I love what I do, and the people I work with, maybe that’s the best secret to a full and long life,” George said.

I took my Canter’s sandwiches, soup and a couple cupcakes home to share with my family. We first tasted the vegetarian Reuben and the consensus was that it is as good as their traditional Reuben, with less fat.

I served the vegetarian matzo ball soup in a large bowl for my father, a soup connoisseur. Looking into the bowl, he remarked, “That matzo ball is the size of a baseball.”

The Matt Miller sandwich was also a game changer. The cole slaw and tangy Russian dressing on grilled challah bread, instead of rye is brilliant.

Inside the pink bakery box were three cupcakes – an angel-food cake with fudge-like chocolate icing, a white cupcake with white icing and shredded coconut on top, and a carrot cupcake with raisins and nuts.

Treat yourself to Canter’s Deli this week and be sure to say hello to Marc, Jacqueline and George.

Order Canter’s online at cantersdeli.com, and it will direct you to order from Postmates from the Fairfax location or one of their ghost kitchens to have it delivered throughout the Westside, Pasadena areas and downtown L.A. $$

This review was featured in the Beverly Press.