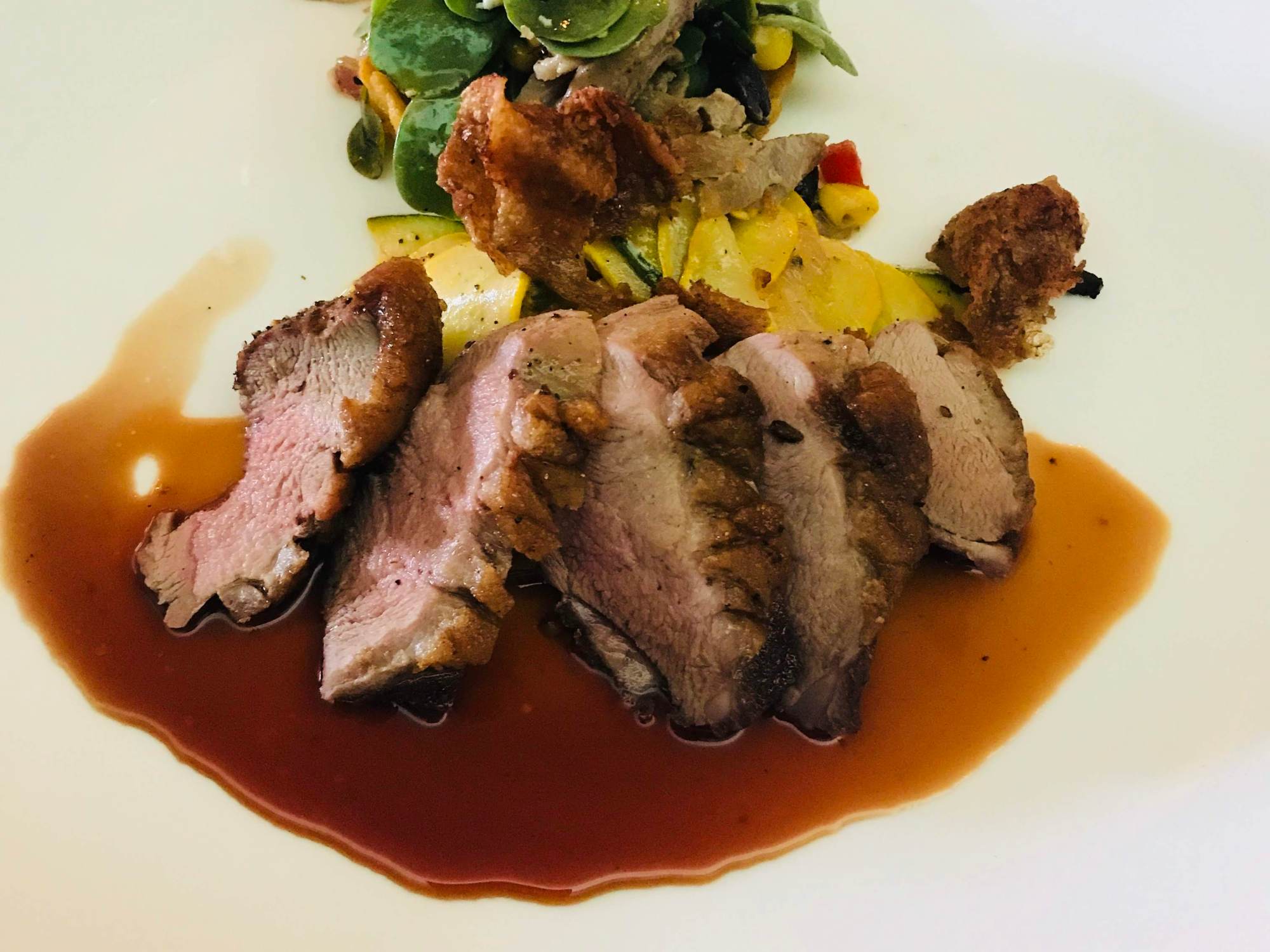 In honor of chefs Mary Sue Milliken and Susan Feniger being the first women to receive the Julia Award from the distinguished Julia Child Foundation for Gastronomy and the Culinary Arts, their downtown Los Angeles restaurant Border Grill is offering a menu inspired by the famed cooking icon until Nov. 1. I recently tried the prix-fixe menu for lunch with a friend, and the dishes, infused with a Latin twist, are something you won’t want to miss. 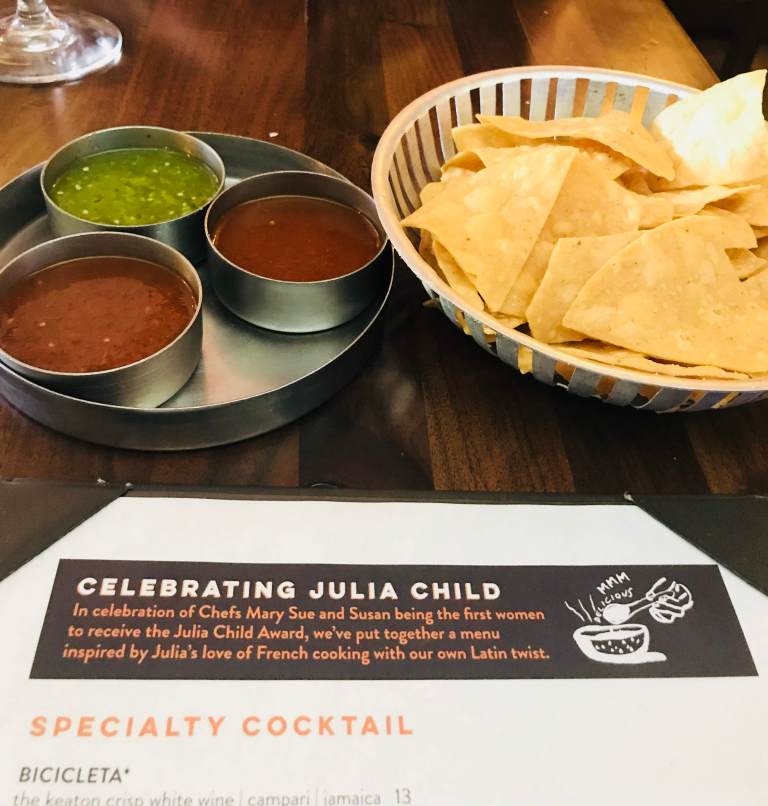 To start the meal, the Julia Child special menu offers a bicicleta cocktail made with crisp white wine, Campari and agua de jamaica. Proceeds from the sale of this drink help Milliken’s charity Chefs Cycle for No Kid Hungry. It goes well with the triangular corn tortilla chips lightly dusted with salt and served with three different salsas. 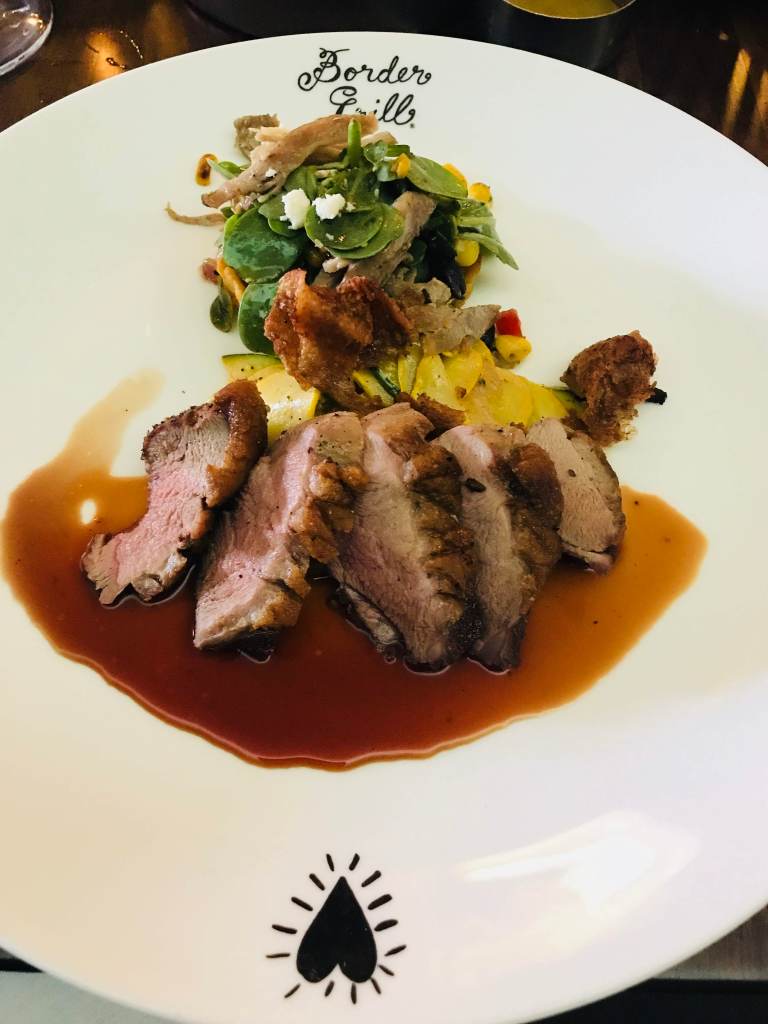 For the entrée, we ordered the tender duck leg confit sope, made with thick corn masa. Shaped in a shallow bowl, it’s fried and topped with duck confit, nutritious green purslane leaves and a sprinkling of crumbled queso fresco. A colorful succotash of sautéed summer squash, red peppers and corn complemented this succulent duck dish.

At the Julia Child prix-fixe dinner, Border Grill serves a duck duo including a seared duck breast with a flavorful jus and the duck confit sope. 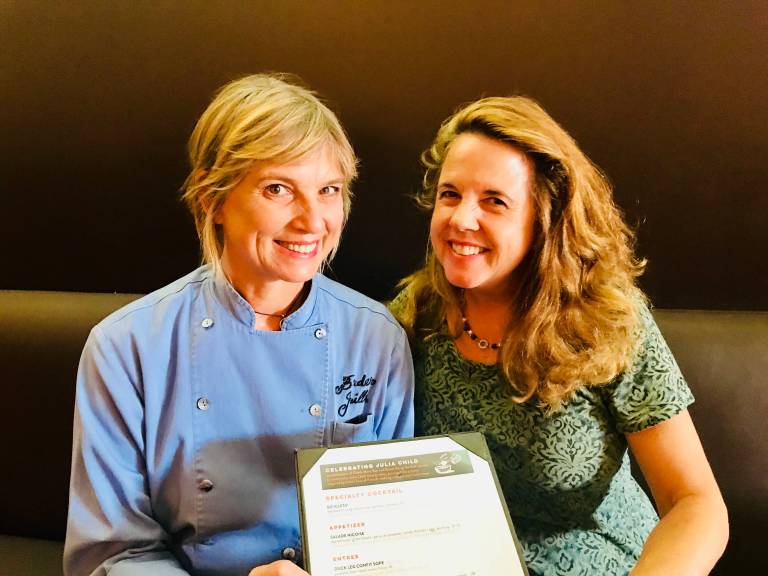 While enjoying our food, Milliken strolled over to our table to chat with us. She shared when Child visited her and Feniger’s first restaurant, City Café on Melrose, in the early 1980s and then filmed a show at Milliken’s house.

“She was an extremely hard worker, yet humble and down to earth,” Milliken said.

The  same qualities can certainly be found in Feniger and Milliken as well.

In the 1990s, the pair hosted Child at City Restaurant on La Brea for a book signing of her “Cooking with Master Chefs,” which featured the “too hot tamale” chefs.

This review was featured in the Beverly Press and Park LaBrea News on Sept. 13, 2018 https://beverlypress.com/2018/09/celebrating-julia-child-at-border-grill/